The Princess of Wales was built by Laird's of Birkenhead and entered service in 1898. Very similar in appearance to the Duchess of York she was however slightly larger and more powerful, achieving a service speed of 19 kts.

In 1910 she was sold to an Argentinean ship owner, Santiago Lambruschini, who, after extending her superstructure forwards and aft and adding a new cabin deck renamed her Rio Uruguay and put her into service as a ferry between Buenos Aires and Montevideo. In 1918 she was sold to another Argentinean ship owner, Carlos Pajol, for service as a cargo vessel.

She finally went for scrap in 1930 after an honorable 20 years of service in South American waters. 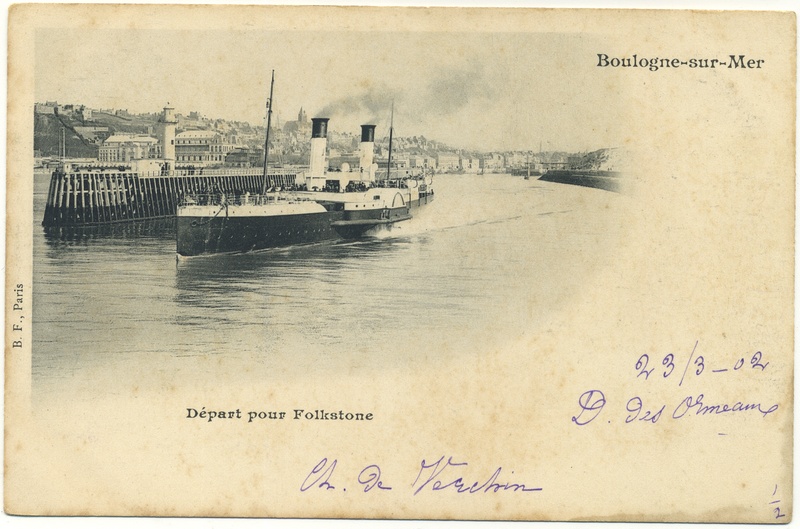 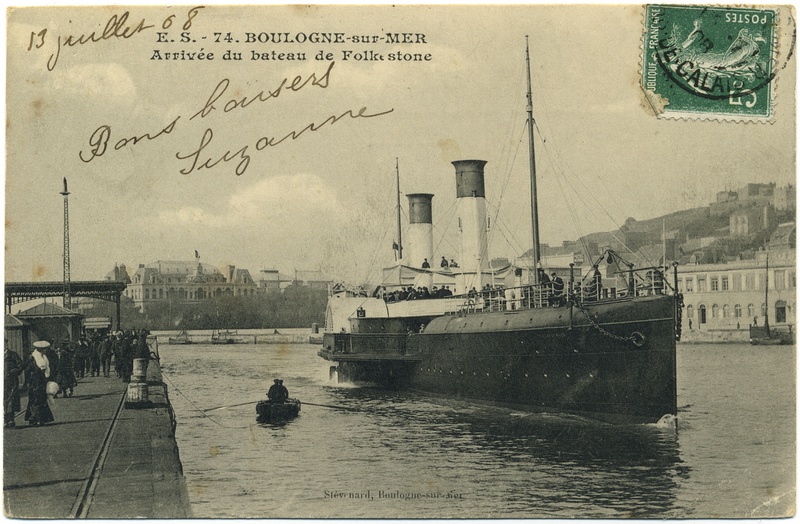 A fine view of the Princess of Wales arriving at Boulogne. The curved plating of her turtle back foc'sle has been repainted a more practical black.
0255 - A Stévenard card postmarked 1908. 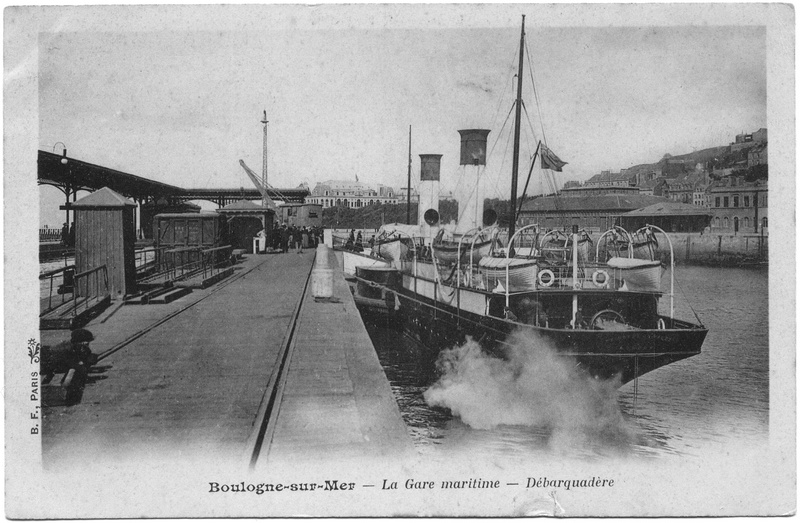 Passengers going aboard the Princess of Wales at Boulogne. On the quay, beyond the sentry box and the gangways can be seen a SER registered baggage container.
0425 - An untravelled Berthaud Frères postcard.
«  Previous ship     Next ship »