Introduced in 1903, The Queen revolutionized cross-channel travel. Built by William Denny & Son, Dumbarton and powered by three Parson’s steam turbines she was an instant success with the public and the SECR alike. Passengers were impressed by her spacious and luxurious accommodation and the absence of the vibrations associated with reciprocating machinery although with the lack of stabilization offered by paddle wheels she did have a propensity to roll. For the SECR the economies of scale were considerable; able to carry 1250 passengers compared to the 800 or so of contemporary paddle steamers, and with considerably reduced per-head running costs, The Queen became the de facto prototype of the Channel steamer.

Introduced on the Dover - Calais service, The Queen was transferred to the Folkestone - Boulogne run in 1907 after dredging work at Boulogne permitted ships of her size to operate regular services there whatever the state of the tide.

At the outbreak of World War I in 1914 The Queen was taken over by the War Office for use as a troop transport.  She was soon caught up in the conflict; in October 1914 she went to the aid of the 4500 ton French steamer Amiral Ganteaume, en route from Calais to Le Havre with 2500 refugees aboard, after she had been torpedoed by a German submarine off Cape Gris Nez. The Queen's master, Captain Carey, despite the high seas running, skilfully put his ship alongside the casualty and took off the passengers before continuing his passage to Folkestone. For his actions, Captain Carey was one of the first persons to be honoured with the newly instituted MBE.

Sadly The Queen did not survive the war; in 1916 near the Varne bank she was intercepted by a flotilla of raiding German destroyers and, after her crew had been taken off, sunk. 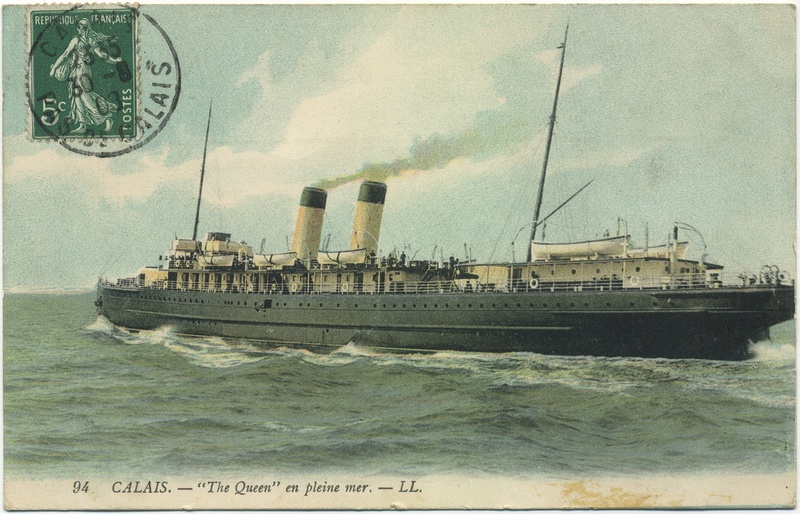 A nice colour picture of The Queen at sea (or at least just beyond the pier head). The date of this postcard can perhaps be taken as an indication of the popularity of this ship - the 30th of August 1903, just two months after her arrival in service.
0227 - A Levy et Fils colour printed card postmarked 1903. 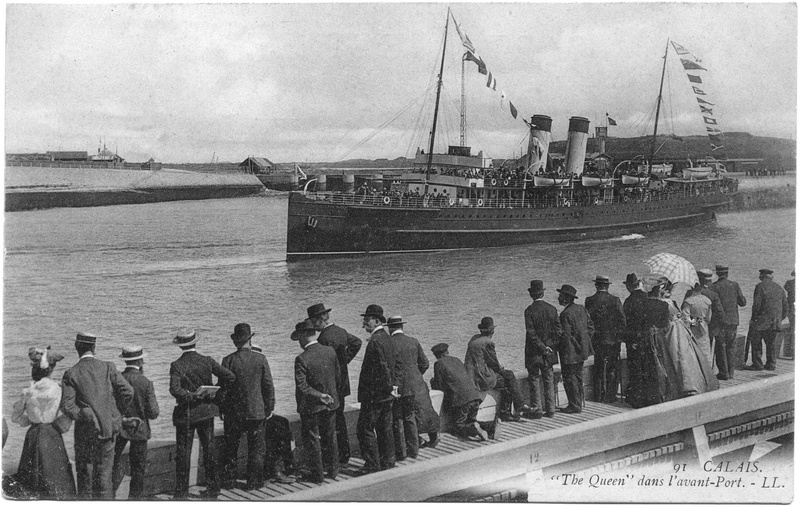 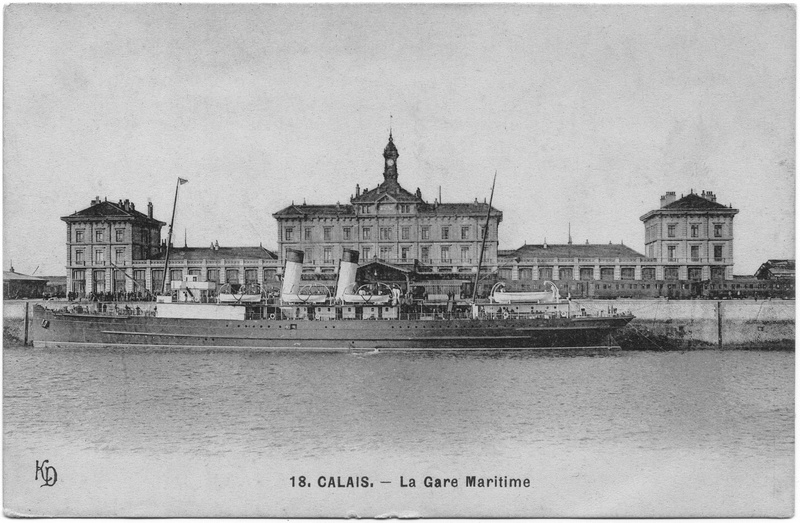 The Queen at Calais alongside the monumental harbour station.
0234 - An untravelled KD postcard.
«  Previous ship     Next ship »