After the success of The Queen the SECR ordered two new almost identical vessels, Onward and Invicta. The Onward entered service between Dover and Calais in 1905.  With the delivery of two other sister ships in 1907 Onward was transferred to the Folkestone - Boulogne service, working alongside The Queen.

During World War I Onward, like most of her sisters, was taken over for use as a troop transport; a role she carried out until September 1918 when she caught fire at Folkestone. After capsizing and sinking at her moorings she was raised and refitted before being sold to the Isle of Man Steam Packet Company who renamed her Mona's Isle. After further military service during World War II she returned the Isle of Man service for a further three years before finally going for scrap in 1948. 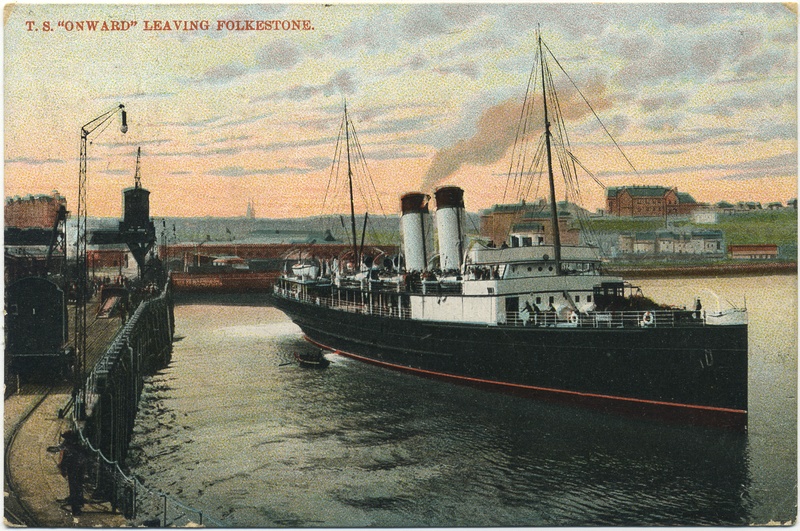 A delightful colour printed card of Onward at Folkestone. Although not easy to discern in this image, a motor car is being carried on the foredeck.
0433 - A Max Ettlinger Royal Series card postmarked 1907. 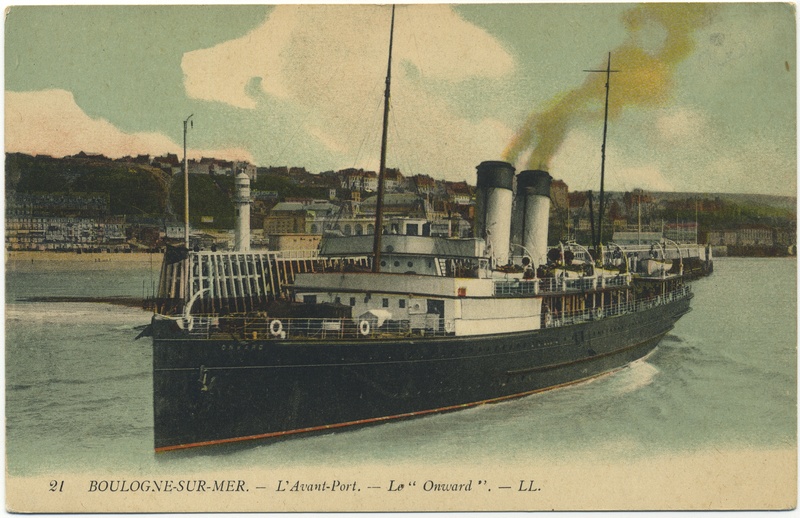 The Onward arriving at Boulogne. W/T aerials have now been added. The port side lifeboats have been swung inboard in preparation for berthing.
0266 - An untravelled Levy et Fils postcard.
«  Previous ship     Next ship »