Ordered by the South Eastern Railway just before their merger with the LCDR, the Mabel Grace was delivered by Laird's of Birkenhead in September 1899.   She was, like other paddles steamers, a victim of the turbine revolution, being sold for scrap in1909. 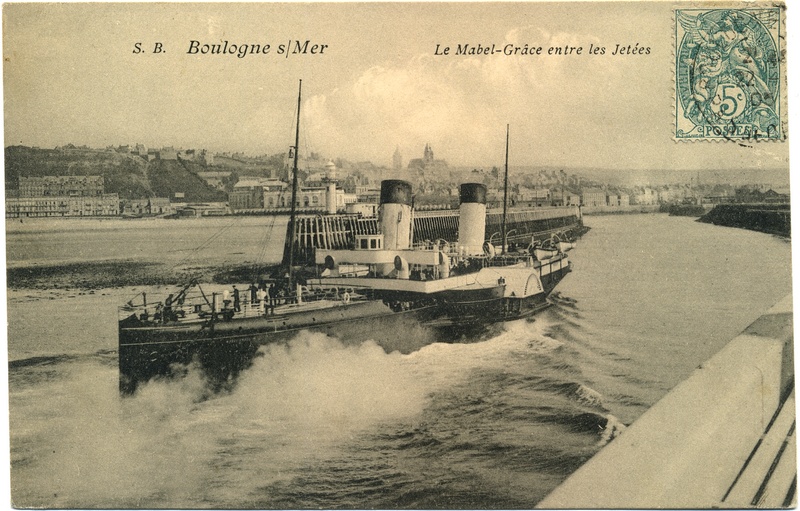 The Mabel Grace going astern into Boulogne, the state of the tide presumably preventing her from turning in the inner harbour.
0257 - A SB card postmarked 1905. 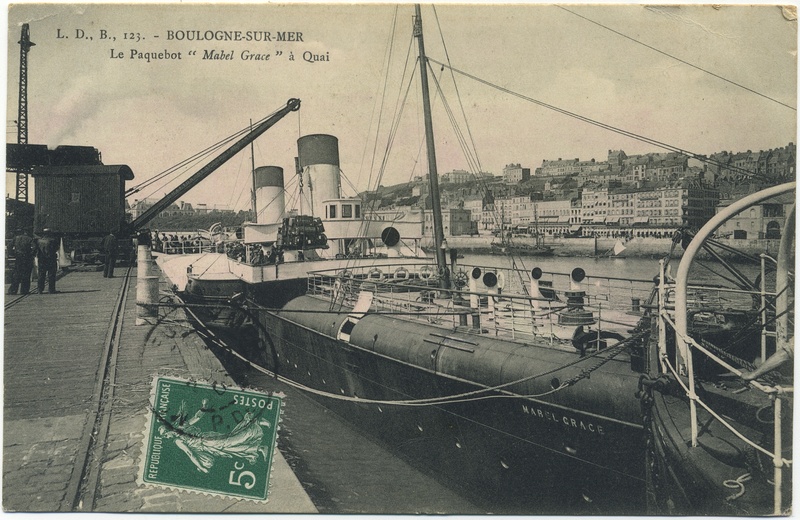 Passengers debarking from the Mabel Grace at Boulogne. A crane is lifting baggage out of the hold situated just aft of the foc'sle.
0405 - A LD card postmarked 1909. 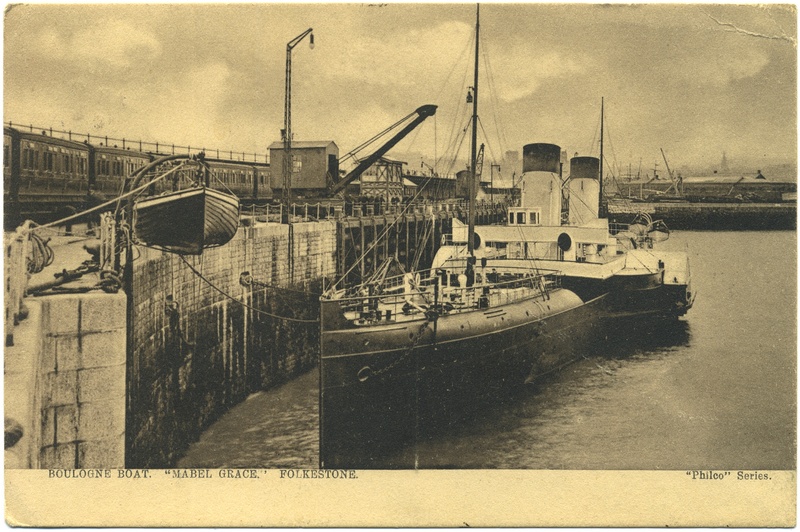 As originally built the Mabel Grace had a bridge between here two funnels. The bridge and wheel house seen here was a later addition. Note the oil lamp hoisted on her formast.
0258 - A Philco Publishing card postmarked 1906. 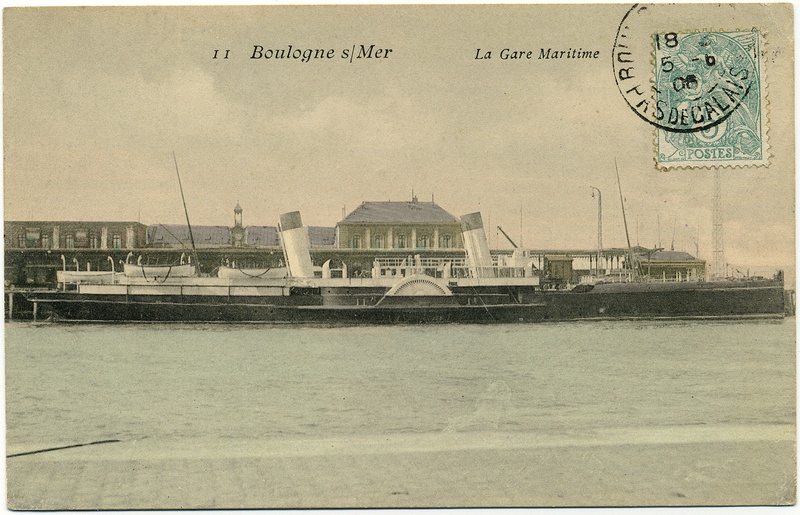 Most photos of the Mabel Grace, being taken from a bows or stern on angle tend to give her a squat and dumpy appearance. This picture, although lacking in contrast, shows her sleek and graceful silhouette.
0282 - An unidentified card postmarked 1906. 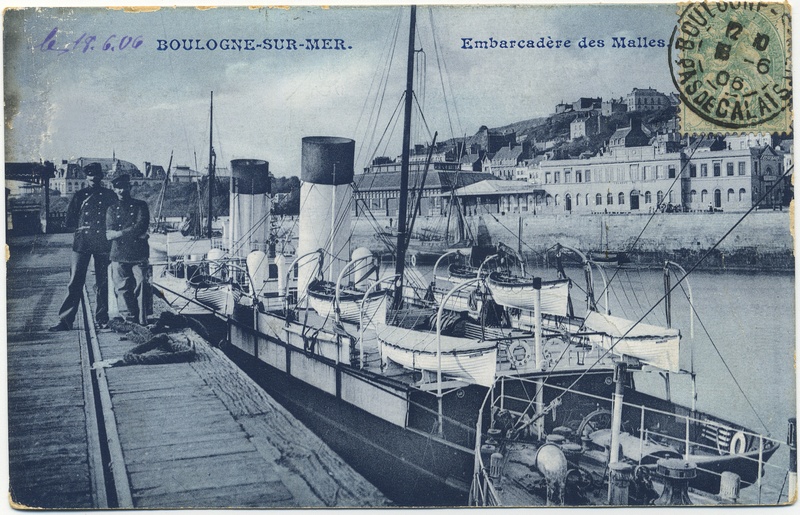 A peaceful quayside scene at Boulogne - two customs agents pose for the camera as the Mabel Grace awaits her next load of passengers.
0283 - A card published by the Galeries des Deux-Passages, Boulogne postmarked 1906. 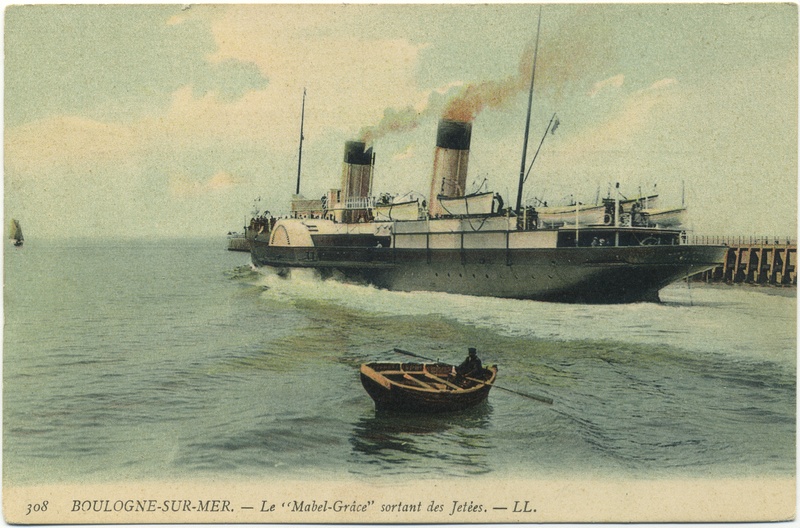 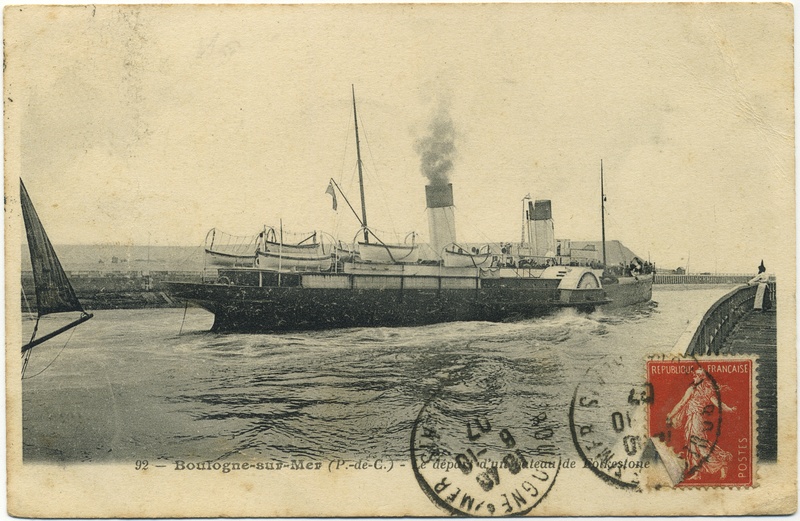 The Mabel Grace departing Boulogne. The canvas screens, used to protect the promenade deck from spray, were left in place, it seems, in even the most calmest of conditions.
0281 -An unidentified card postmarked 1907.
«  Previous ship     Next ship »