Built by the Ateliers et Chantiers de la Loire at St. Nazaire in 1898, Le Nord was one of two paddle steamers (the other being the Pas-de-Calais) built for the Calais - Dover service of the Chemins de Fer du Nord.

At the outbreak of Word War I Le Nord was requisitioned for use as an auxiliary cruiser. In 1915 she was converted to a seaplane carrier by the removal of her mainmast and her foremost pair of lifeboats and the addition of two rudimentary hangars, one directly abaft the funnel and the other further towards the stern, allowing three seaplanes to be carried. Two hoists to handle her aircraft were fitted just aft of the paddle boxes. Based at Dunkirk she saw service in the Channel and the North Sea.

Released from naval service in 1919 Le Nord was transferred to the Société Anonyme de Gérance et d'Armement (SAGA). She was scrapped in 1925. 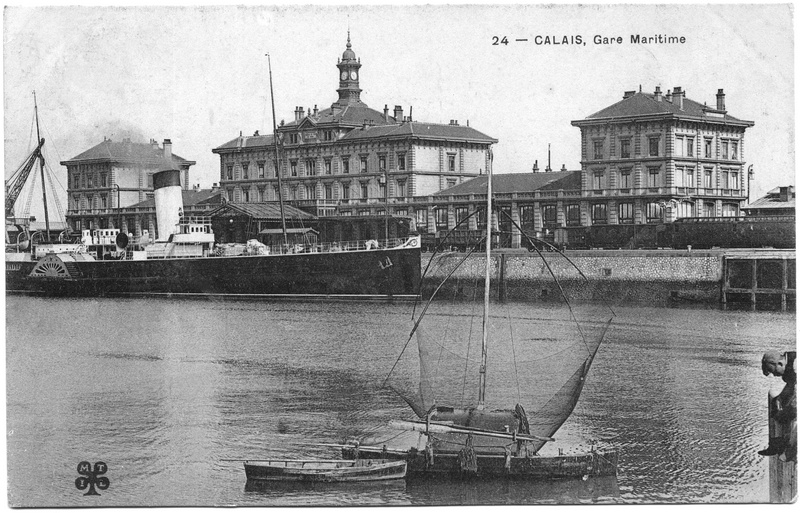 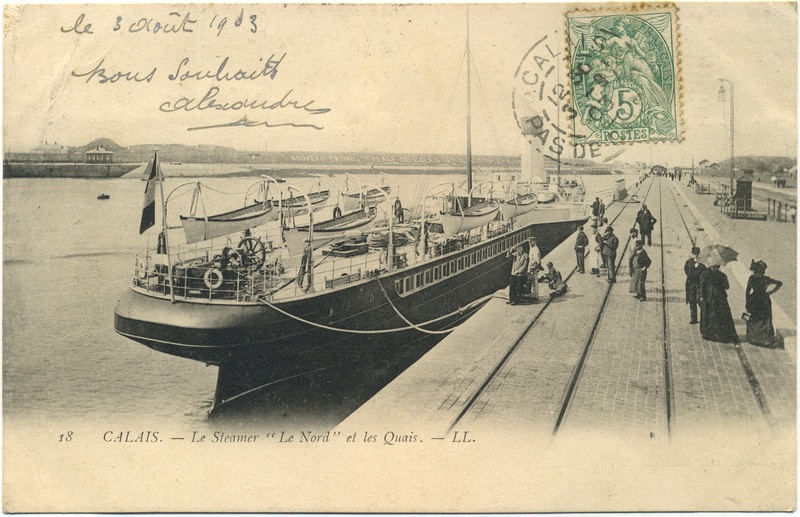 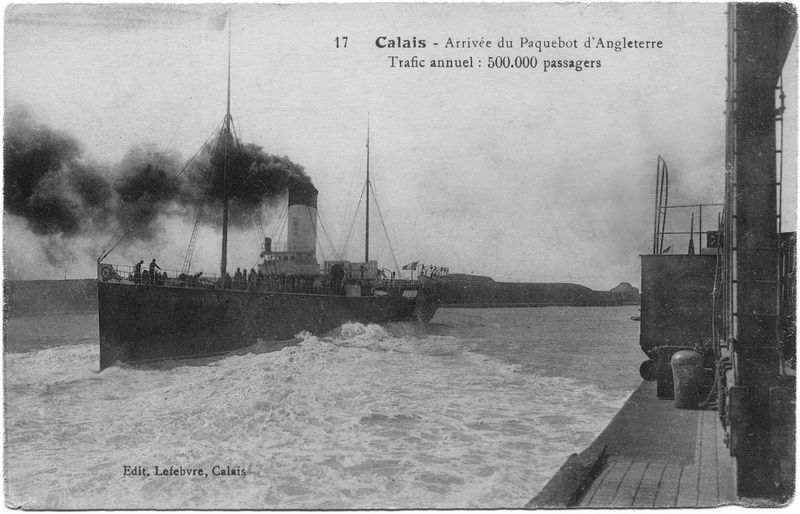 Despite what the caption says this is clearly the departure of Le Nord for Dover.
0376 - An untravelled Editions Lefebvre paostcard.
«  Previous ship     Next ship »