In 1906 Victoria was transferred to Plymouth where she acted as a tender to the many ocean liners who called at this port to allow passengers in a hurry to disembark and finish their journey to London by train thus shortening their voyage by one or two days.

In 1912 Victoria was sold, like her consort Lydia, to James Dredging, Towage and Transport Co., Southampton for use as an accommodation ship. Resold to the Greek Patriotic Steam Navigation Co., Piraeus in 1927 she was used, like so many other former railway steamers, as an inter-island ferry in the Aegean until being scrapped in 1937. 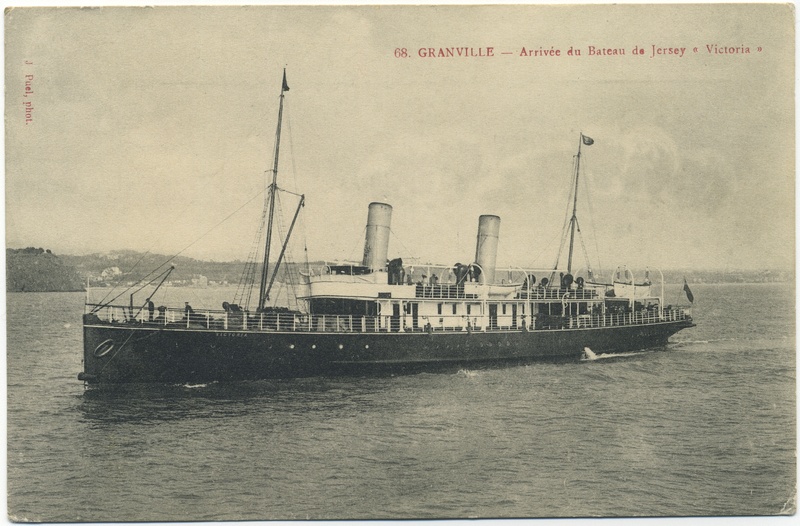 Victoria arriving at Granville. In this view one can clearly appreciate her small size.
0364 - An untravelled J. Puel postcard. Jean Puel was a photographer Granvillais who had a studio in the town between 1903 and 1924. 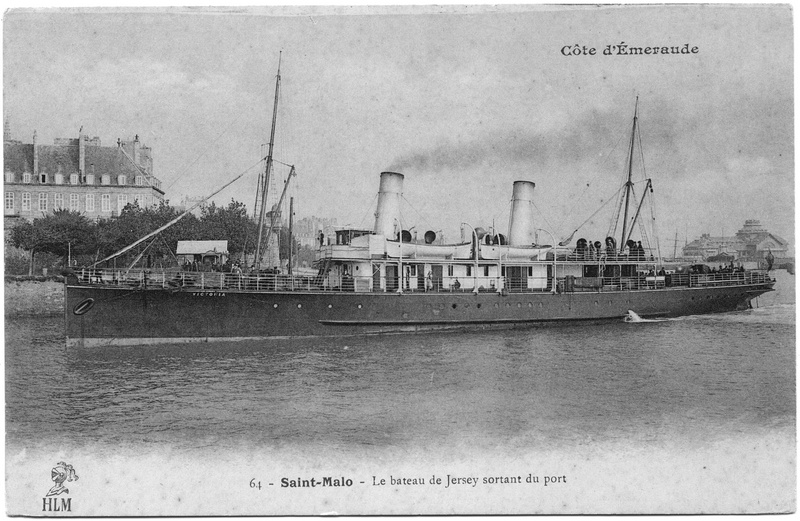 Victoria departing St. Malo. By comparing this card to the one above it can be seen that the disposition of her lifeboats has been changed.
An untravelled HLM postcard. 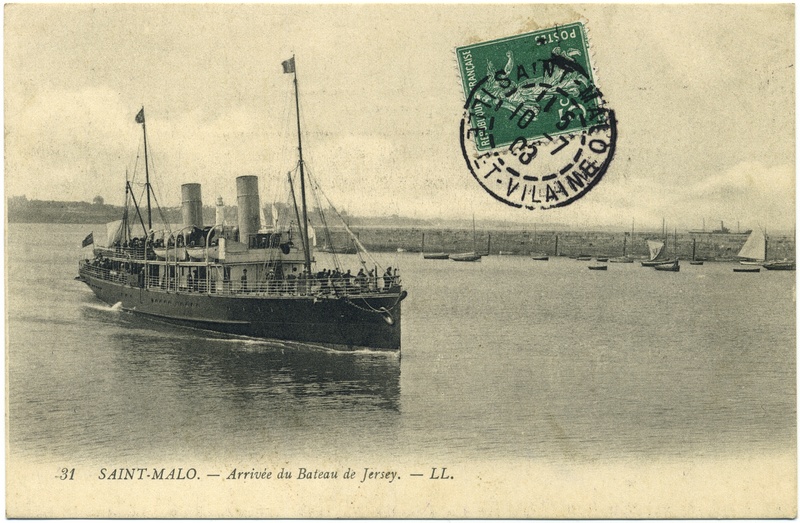