Caesarea was the ancient Roman name for Jersey. It was only natural that her sister, built by Cammell Laird & Co., Birkenhead, and introduced into LSWR service in 1910, be named Sarnia, the Roman name for Guernsey. A triple screw steamer, her machinery followed the now well established pattern of a single high pressure turbine directly driving the central, ahead only, screw exhausting into two low pressure turbines driving the port and starboard screws, giving her a top speed of just over 20 knots.

Requestioned by the Admiralty in 1914, Sarnia served as an armed boarding vessel. She was torpedoed and sunk off  Alexandria in 1918. 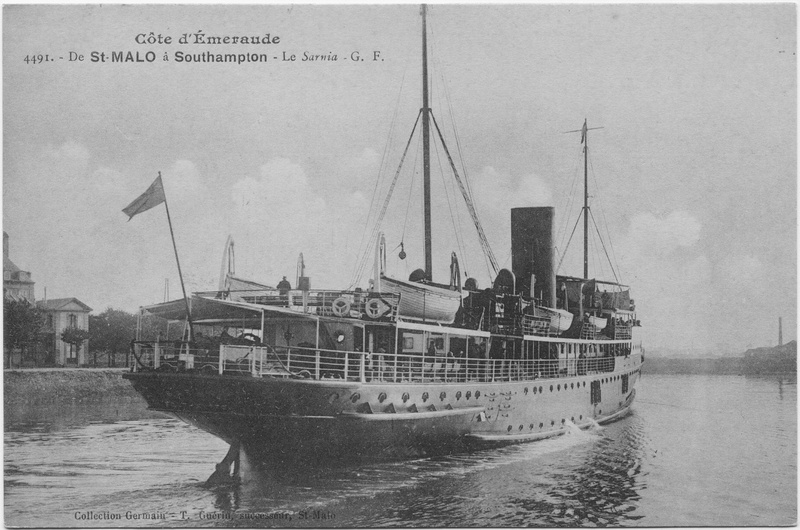