During a refit in the winter of 1898/99 Lydia's boilers were replaced and her funnel heightened. Requestioned by the Admiralty in 1915, Lydia served as a transport vessel until being released in 1919. She never resumed her pre-war role, being sold via a ship broker in 1919 to James Dredging, Towage and Transport Co., Southampton for use as an accommodation ship. In 1922 she was resold to Coast Lines Ltd. who ran her on a short lived service between Preston and Dublin.

Sold in 1923 to a Greek shipping company, Yannoulatos Ionian Lines, she was renamed Ierax. Taken over by Hellenic Coast Lines, Piraeus in 1929, Ierax was sold to Italy for scrapping in 1933. 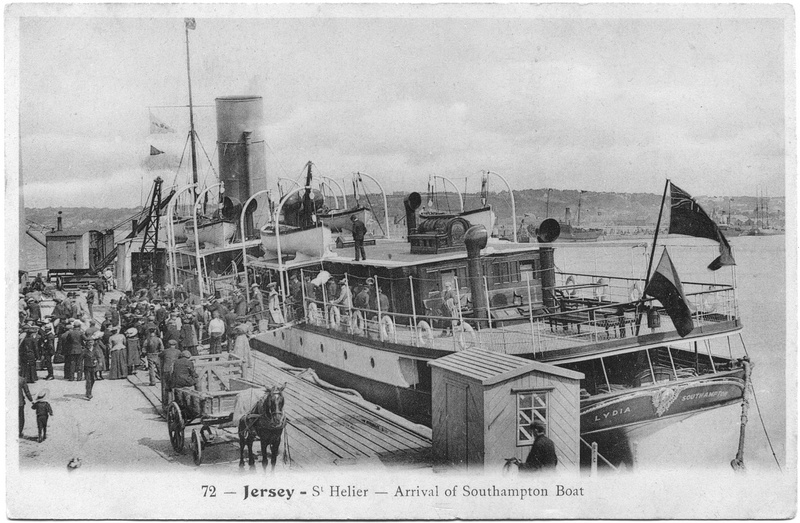 Passengers disembarking from Lydia at St. Helier. The ubiquitous steam crane is already at work discharging the forward hold. The Royal Mail pennant flying from the main mast signal yard is of a form that was used prior to June 1902.
0362 - An unidentified and untravelled postcard.
«  Previous ship     Next ship »