Built in iron by Aitken & Mansel, Glasgow as a mixed passenger-cargo vessel in 1881, Hilda was a sister ship to Ella who had entered LSWR service the previous year. During a refit in 1893 electric lighting was installed throughout the vessel.

During the night the 18th November 1905 while trying to enter St. Malo during a snow storm Hilda struck the Pierres de Portes rocks and sank with the loss of 128 lives. 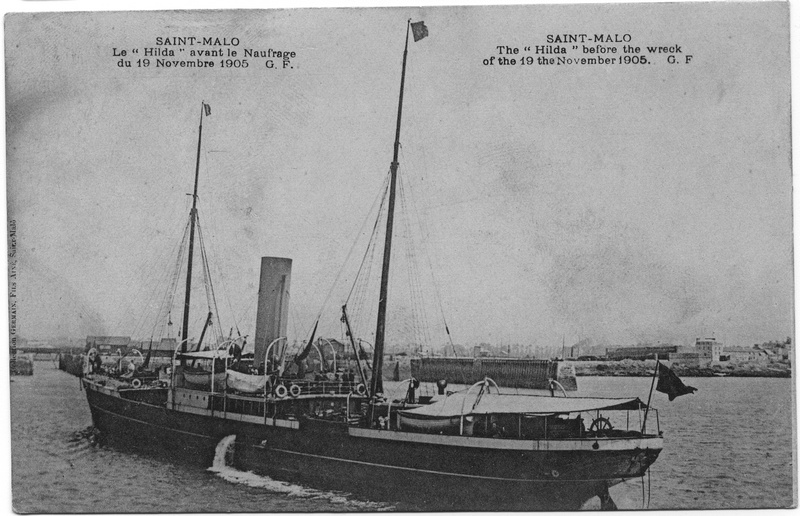 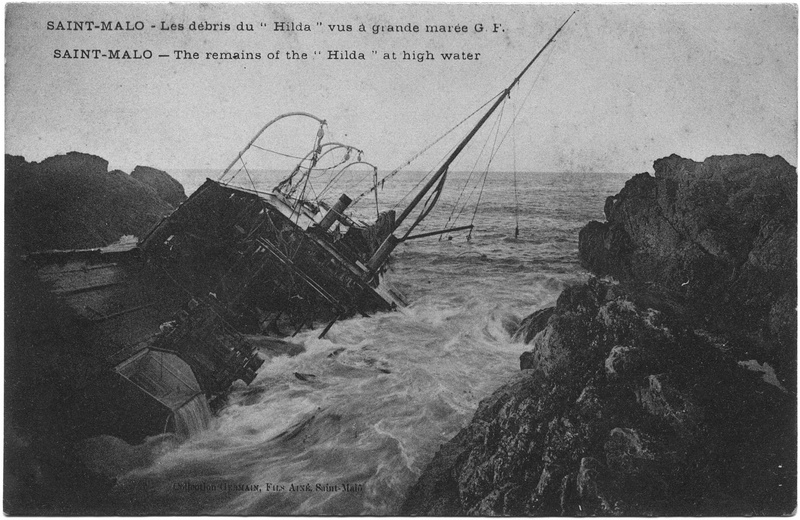 The wreck of Hilda. The bows have broken away and the forward end of the superstructure staved in. The wheelhouse, ventilator cowls and the funnel have also been carried away.
0365 - An untravelled Germain, Fils, St.Malo postcard.
«  Previous ship     Next ship »