Introduced in 1894, Columbia was the first of two vessels (the other being Alma) built by J & G Thompson, Clydebank for the LSWR's Southampton - Le Havre night service. Two four cylinder triple expansion engines driving twin screws gave her a top speed of 19 knots.

In 1906 Columbia's boilers were replaced during a refit and her funnels, hitherto widely spaced, moved closer together.

In 1912 Columbia was purchased by a Spanish shipowner, J. J. Sitges Brothers, Alicante and renamed Sitges. In 1915 she was sold to the French Navy who converted her into an auxiliary cruiser and renamed her Corse. Assigned to the Mediterranean and based at Bizerte, Libya she was torpedoed and sunk while at anchor in La Ciotat roads by the German submarine UC 67 the 24th. January 1918. Her hulk was later raised and scrapped. 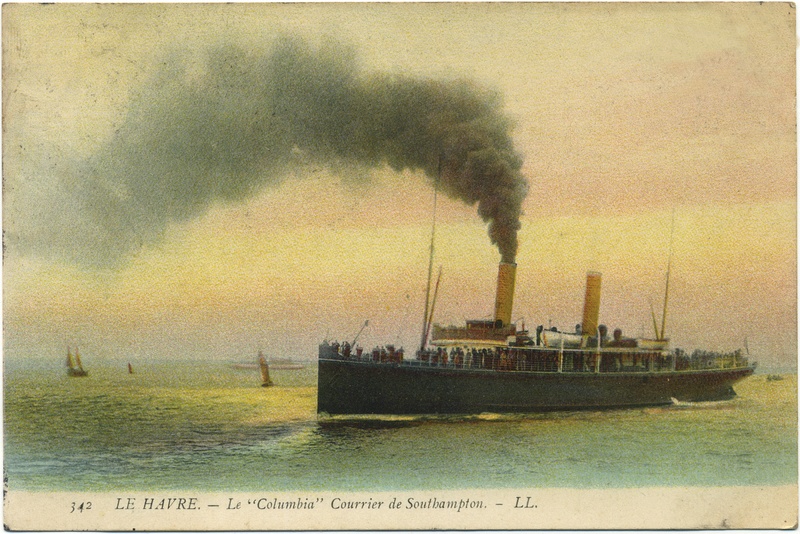 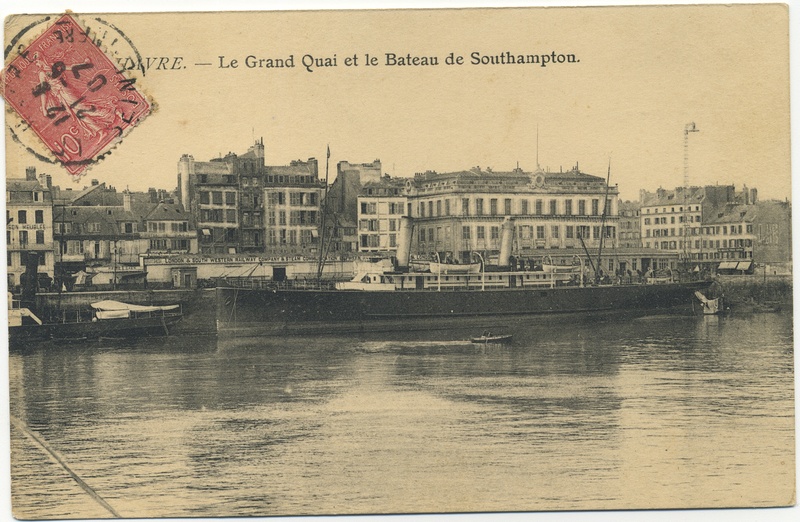 Columbia alongside at Le Havre. Her widely spaced funnels indicate that this picture was taken prior to her 1906 refit.
0242 - An unidentified card postmarked 1919. 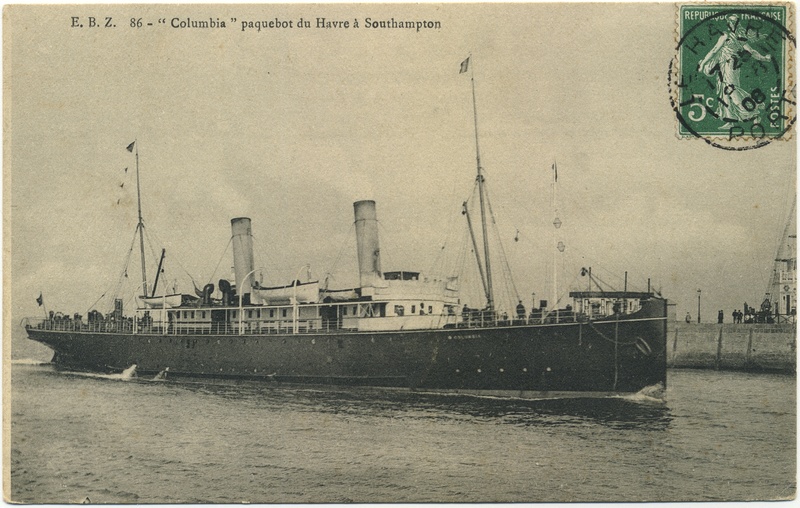 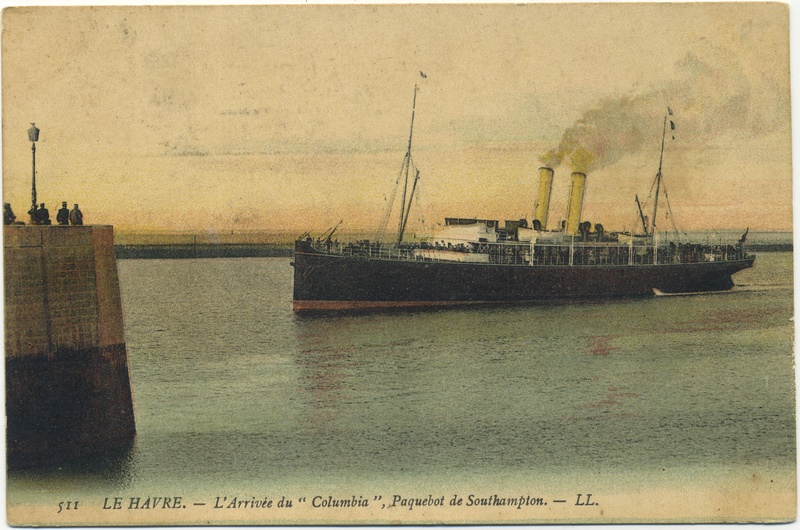 Columbia arriving at Le Havre at some time after her 1906 refit when her funnels were positioned closer together following a change of boilers.
0238 - An untravelled colour printed Levy et Fils postcard.
«  Previous ship     Next ship »