Caesarea was one of two steamers (the other being Sarnia) built by Cammell Laird & Co., Birkenhead, and introduced into LSWR service in 1910. She was the LSWR's first turbine driven vessel. A triple screw steamer, her machinery followed the now well established pattern of a single high pressure turbine directly driving the central, ahead only, screw exhausting into two low pressure turbines driving the port and starboard screws, giving her a top speed of just over 20 knots.

During the first year of WW I Caesarea served as an Admiralty armed boarding vessel before returning to her civilian role.

On the 7th July 1932, bound for Southampton in thick fog, Caesarea struck the Pignonet Rock off Noirmont Point. Taking on water, her master turned back to St. Helier only two miles away but she grounded just outside the breakwater. Two weeks later, taking advantage of a spring tide she was refloated and after initial repairs, towed to Birkenhead for repair.

Purchased by the Isle of Man Steam Packet Co. in December 1923 as a replacement for their Douglas, formerly the LSWR's Dora, sunk the previous August, and renamed Manx Maid, she served on various Irish Sea routes until the outbreak of WW II.

Requisitioned in August 1939, Manx Maid served in a number of roles. In October 1941 she was renamed HMS Bruce.

Released in 1945 she was refitted before resuming her peace time services. With the introduction of new vessels built specifically for the Isle of Man Steam Packet Co.  Manx Maid was decommissioned and scrapped in 1950. 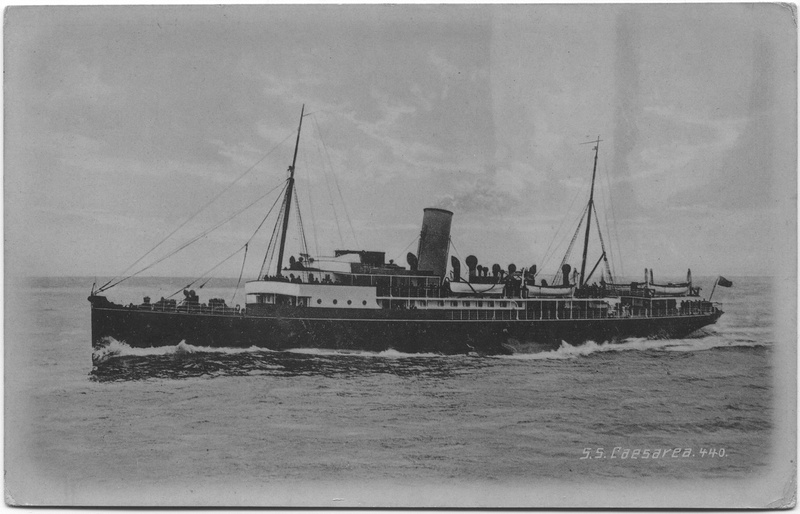