Introduced in 1894, Alma was the second of two vessels (the other being Columbia) built by J & G Thompson, Clydebank for the LSWR's Southampton - Le Havre night service. Two four cylinder triple expansion engines driving twin screws gave her a top speed of 19 knots.

In 1907 Alma's boilers were replaced during a refit although,unlike her sister Columbia, refitted in 1906, her appearance did not change.

In 1912 Alma was sold, via a ship broker, to the Eastern Shipping Co., Penang. Resold to P. Heath & Co., Shanghai in 1916, she was sold again to Japanese shipowners M. Matsuo & U. Matsumoto, Nagasaki in 1917 and renamed Shokiku Maru No. 2 and converted her to a single screw ship.  Further sales in 1921 and 1922 saw her being transferred to Morikami Uhei, Nagasakian and finally to Hongo Ikishiro, Aminewho changed her name to Shogiku Maru No. 2.  She was wrecked on the west coast of Sakhalin Island which was at the time partly administrated by the Japanese. 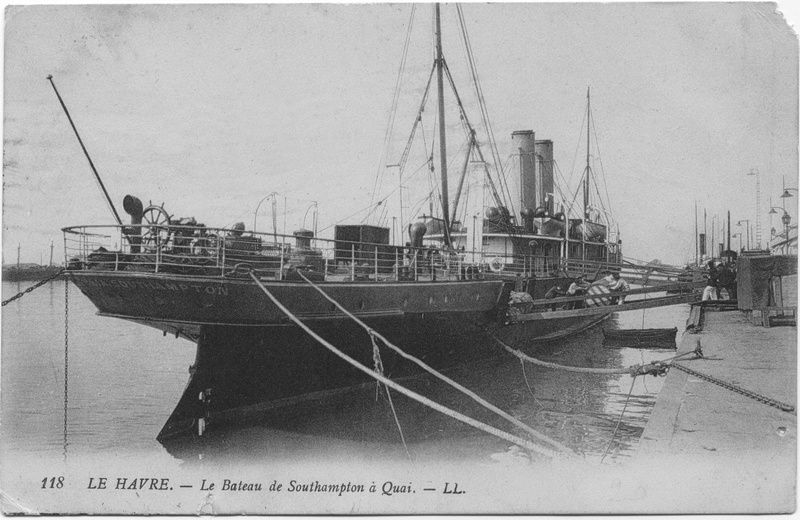