Built by the Clydebank Engineering & Shipbuilding Co., successors to J & G Thompson, Clydebank as a replacement for the LSWR's Stella, tragically lost in 1899, Alberta entered service in June 1900. Very similar in design to Vera she had two four cylinder triple expansion engines driving twin screws which gave her a service speed of 18 knots.

In 1929 Alberta was decommissioned and in the following year sold to a Greek shipping concern, D Inglessi & Son, Samos for use as an inter-island ferry in the Aegean.

During WW II after the invasion of Greece by Italian forces in in October 1940 Alberta was requisitioned by the Greek Navy. Following the German invasion of Greece in April 1941 Alberta was bombed and sunk in the Saronic Gulf off Salamis Island with the loss of 10 lives. After the war in the early 1950's her wreck was raised and sold for scrap. 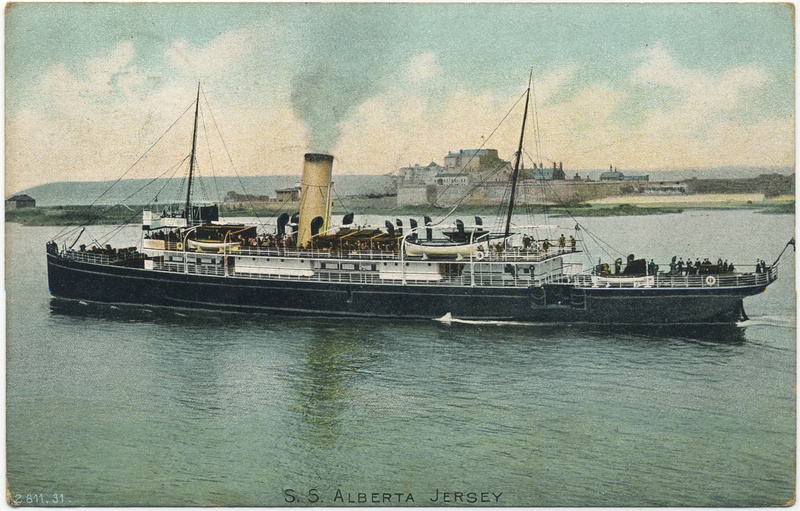 A fine view of Alberta outward bound from St. Helier passing in front of Elisabeth Castle. Seen here as built, her bridge would later be moved behind her foremast and her promenade deck railings replaced by bulwarks.
0367 - An unidentified colour printed card postmarked 1904. 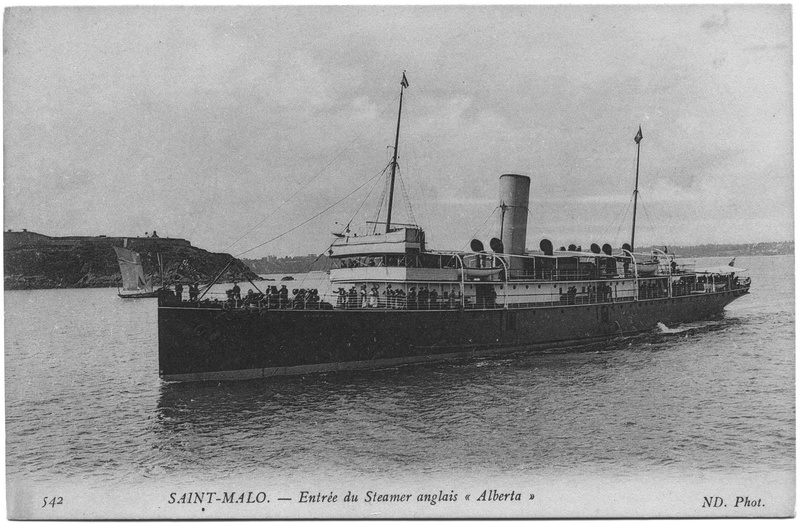