Built by the Fairfield Engineering and Shipbuilding Co, Govan in 1886 for the London Chatham & Dover Railway. The Victoria was built with a double-ended hull designed to facilitate the departure from Calais where the narrowness of the channel obliged ferries to go astern for a considerable distance before being able to turn around. This design feature was to be reused on the slightly larger and more powerful Empress built a year later. In 1896 she was chartered to the Chemins de Fer du Nord for 2 years and transferred to the French register thus allowing the Nord to participate in the carriage of French mails.

She was withdrawn from service and scrapped in 1904. 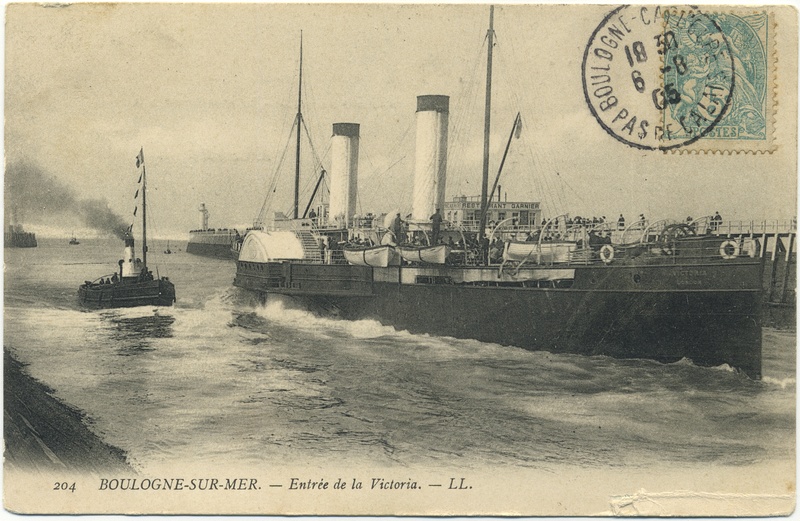 With her double ended hull the editor of this postcard can be forgiven for thinking that this is the arrival of the Victoria.
0260 - A Levy et Fils card postmarked 1905. 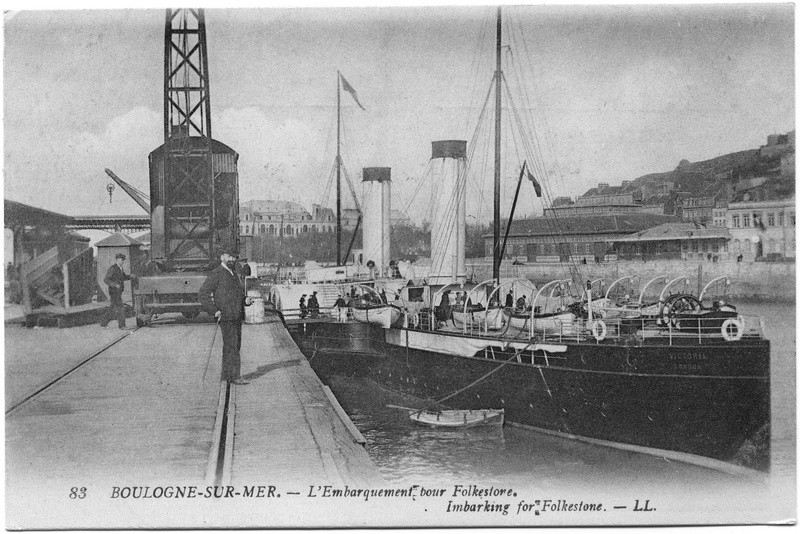 As the caption suggests, the Victoria embarking passengers for Folkestone.
0429 - An untravelled Levy et Fils postcard. 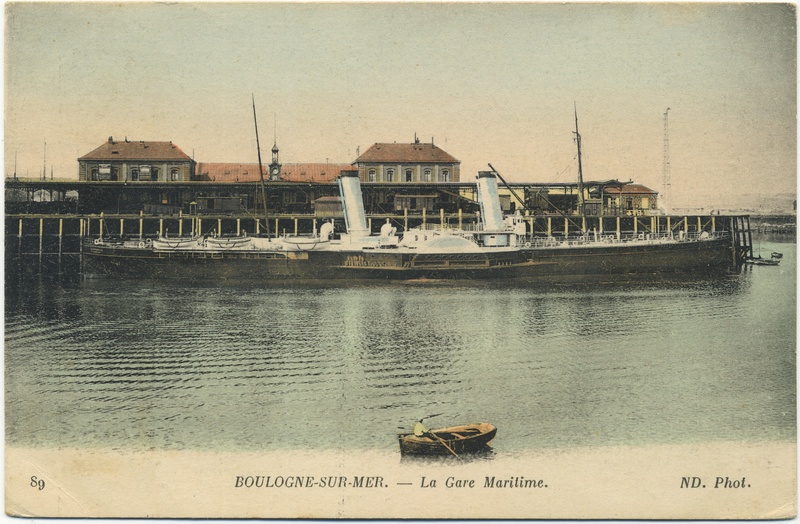 The Victoria alongside at Boulogne awaiting her passengers.
0261 - A Neurdein et Cie card postmarked 1918 - 14 years after she was scrapped !
«   Previous ship     Next ship »