Built in 1896 by William Denny & Brothers at Dumbarton for the Dover - Calais night service of the London Chatham & Dover Railway. Rendered obsolete by the introduction of turbine steamers she was scrapped in 1911. 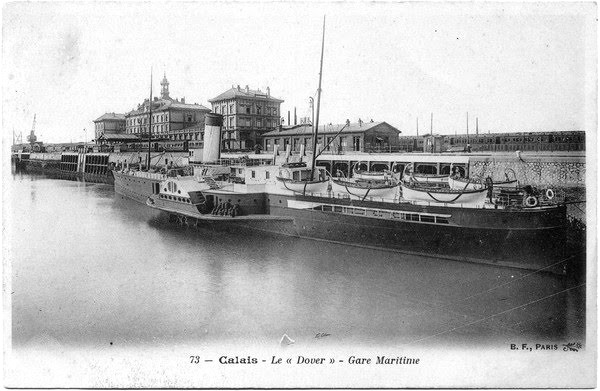 The Dover alongside at Calais.
0221 - An untravelled BF postcard. 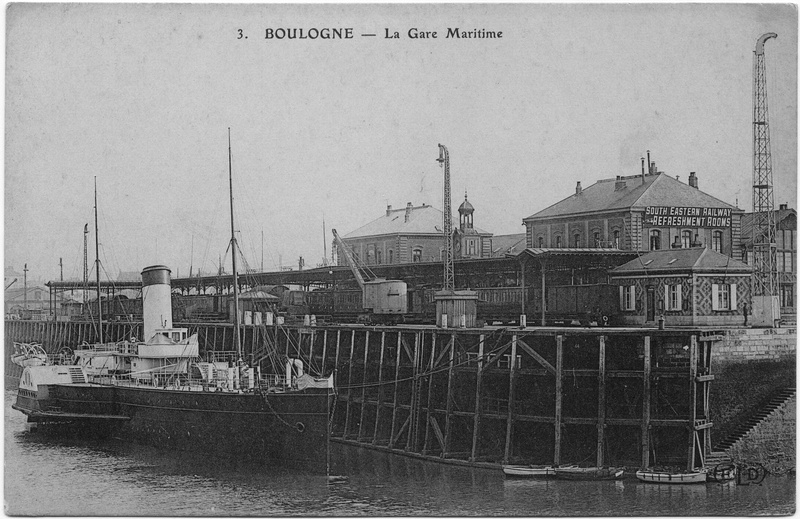 Dover at Boulogne. The large tidal range of the channel ports sometimes rendered landing passengers difficult for the small ships of the time. One answer was to construct a "basement" landing stage under the quay. Here we can see a gangway from the Dover leading up onto just such platform.
0359 - An untravelled ELD postcard.
«  Previous ship     Next ship »