Built in 1896 by William Denny & Brothers at Dumbarton for the London Chatham & Dover Railway. Taken out of service in 1911, she was bought by an an intermediary of the Hamburg America Line in 1912, renamed Au Revoir and used as a tender, or "transbordeur", for the transfer of passengers to that company's liners which called at Boulogne on their way from Hamburg to New York.

The Au Revoir was taken over by the French navy at the beginning of World War I and converted into an armed mine sweeper. In 1916, off Cape Hève (north of Le Havre) she was torpedoed by a German submarine, the UB-18. Taken in tow to Le Havre her damages proved to be too much and she sank about a mile offshore near Cape Hève lighthouse. 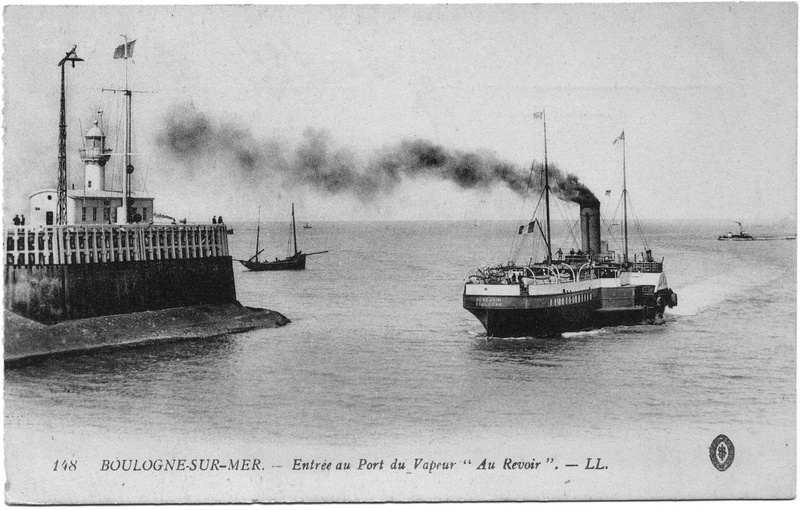 The Au Revoir at Boulogne. Note the fenders around the paddle box.
0208 - An untravelled Levy et Fils card. 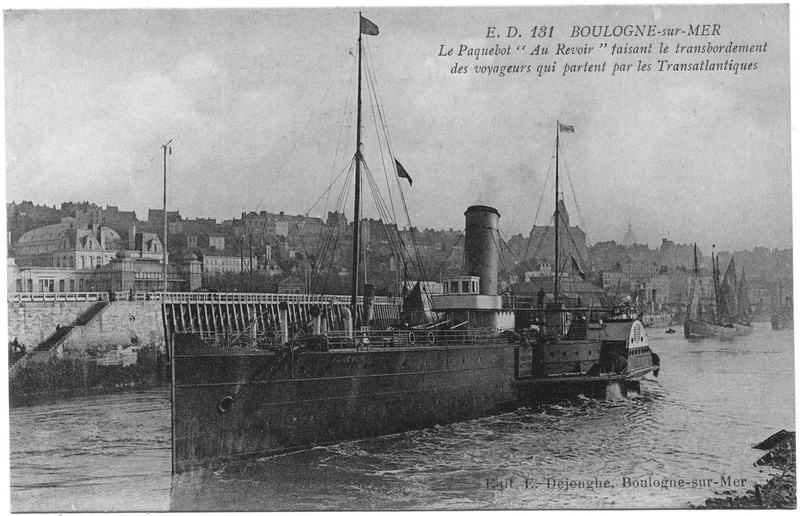