Built in 1913 by William Denny & Brothers at Dumbarton for the London Brighton & South Coast Railway. After wartime duty as a troopship and later as a mine-layer she finally entered service on the Newhaven - Dieppe line in 1919.  In an extensive refit during the winter of 1927-28 her promenade decks were plated-in and a pilot house was added to her raised bridge. An additional pair of lifeboats were also installed.  A further refit in 1932 saw her being converted to oil burning.

At the outbreak of World War II Paris was requisitioned for use as a troopship. She was taken out of service in December 1939 and converted to a hospital carrier (No. 32), sailed mainly between Newhaven and Dieppe. Paris was bombed and sunk during the Dunkirk evacuation. 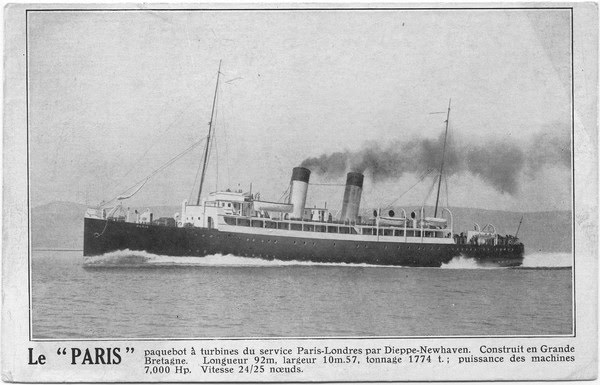 The Paris at speed possibly during trails in the Firth of Clyde.
0139 - An untraveled company issued postcard. 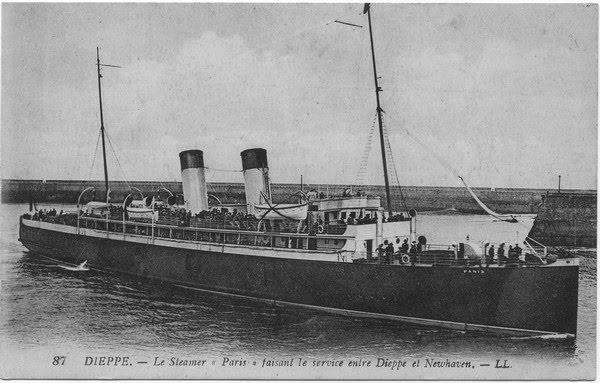 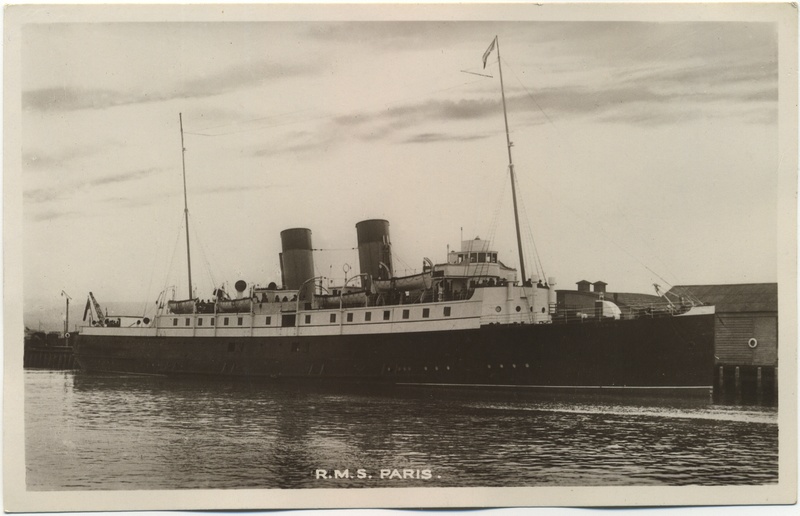 Paris gliding into her berth at Newhaven sometime after her 1927 refit in which her promenade decks were plated-in. A RDF aerial can be seen fitted to the roof of the radio office between her funnels.
0436 - An unidentified and untravelled card.
«  Previous ship     Next ship »