The Paris, along with her sister, the Rouen, were the mainstays of the LBSCR's Newhaven-Dieppe service in the last decade of the 19th. century.  Built by Fairfield Govan on the Clyde in 1888 to a design by William Stroudley, the LBSCR's celebrated Locomotive Superintendent, the Paris was the company's last paddle steamer. Fitted with the feathering paddle wheels that Stroudley pioneered on his two previous ships she had a service speed of 19 kts.

With the introduction of the Brighton in 1903 the Paris was placed in reserve until sold to the Shipping Federation in 1912.  At the outbreak of World War I she was chartered by the Belgian Government for use as a hospital carrier.  Leased to the Admiralty in 1916 for use as a minesweeper she was renamed the Verdun. After being purchased by the Admiralty in 1917 her name was changed to Verdun II when the name Verdun was given to a V & W class destroyer.

Repurchased by the Shipping Federation in 1922 she was scrapped 2 years later. 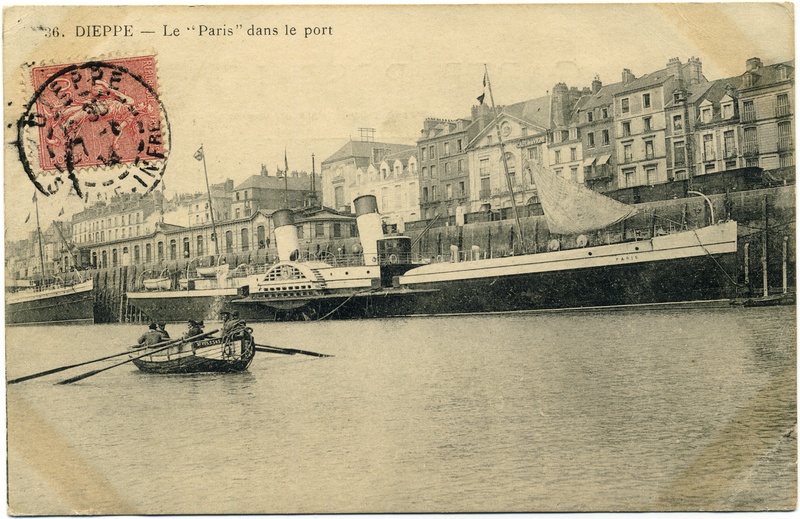 The Paris at Dieppe. The staysail, used to steady the ship's head while entering port in strong cross winds, has no doubt been hoisted for drying.
0423 - a P L Dieppe card postmarked 1904. 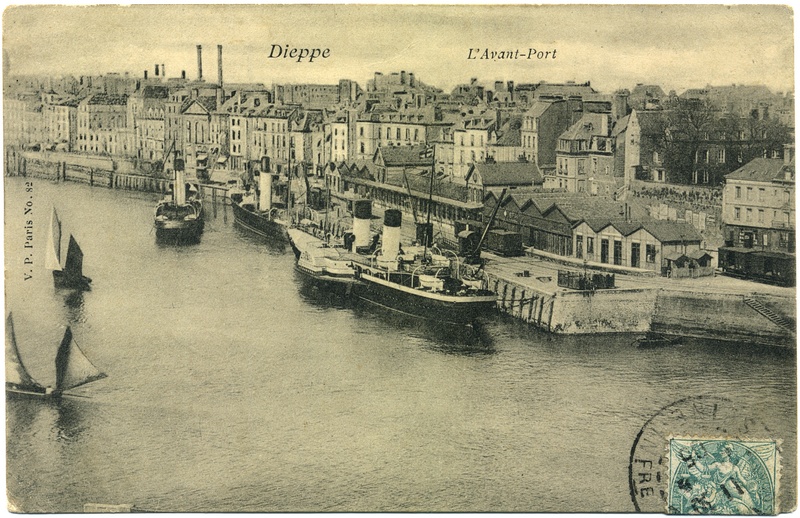