Built in 1900 by William Denny & Brothers at Dumbarton for the London Brighton & South Coast Railway, Arundel was designed as an improved version of Sussex.

After being requisitioned by the Admiralty for use as a troopship during WW I, Arundel returned to the Newhaven - Dieppe line where she continued to serve unobtrusively until she was sold for breaking-up in 1934. 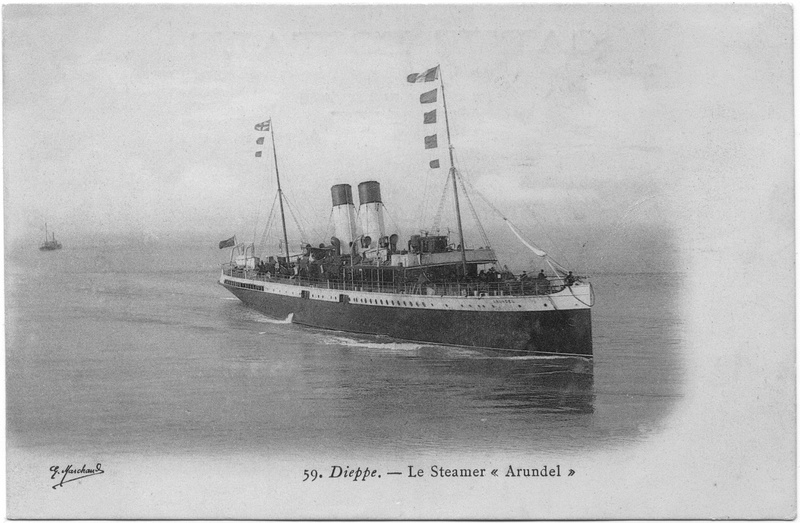 The Arundel early in her career arriving at Dieppe.
0068 - An untravelled G Marchand postcard. 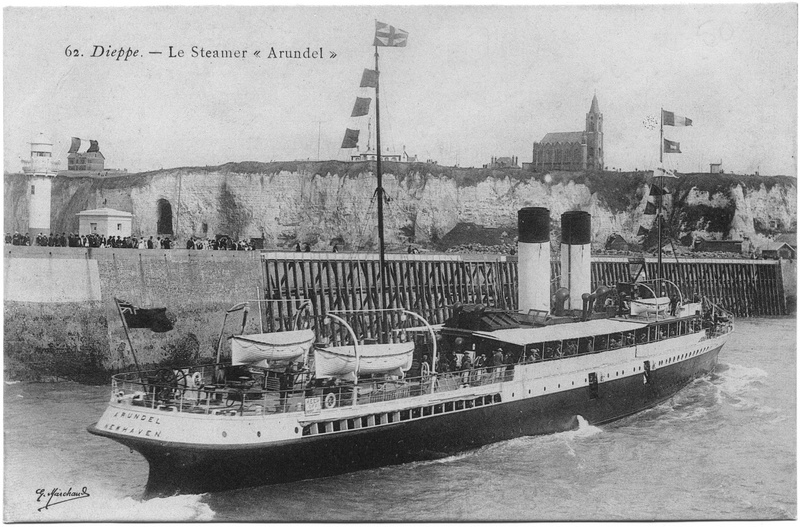 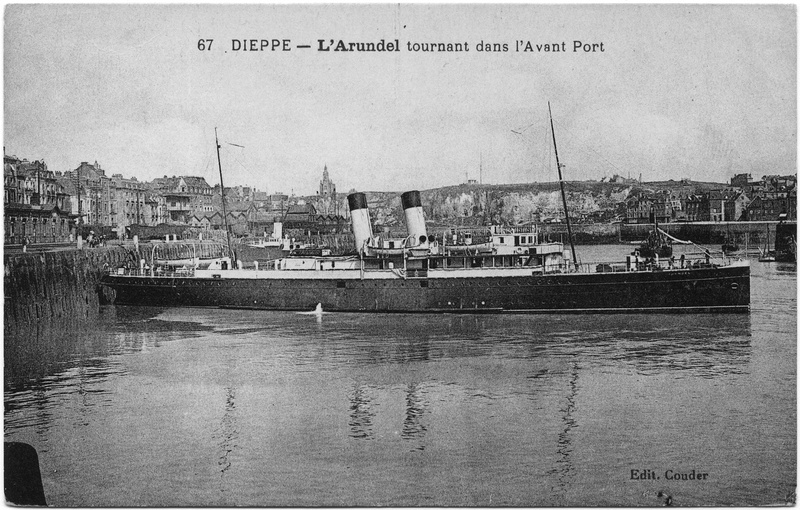 Arundel turning in the inner harbour at Dieppe. Seen here broadside on gives us an idea of her sleek lines.  The open area of her main deck aft has been plated-in and her masts heightened for the fitting of W/T.
0449 - An untravelled Editions Couder postcard.
«  Previous ship     Next ship »