Sister ship to the Newhaven, the Rouen was Built by the Forges et Chantiers de la Mediteranee, Le Havre in 1912 for the chemins de fer de l'Etat.

Requisitioned for use as an armed cruiser during World War I she was seriously damaged when torpedoed off Cherbourg in 1916. Repaired, she saw further service as a seaplane carrier and later as a troopship in the Mediterranean. The Rouen returned to civilian life and service on the Newhaven-Dieppe line in 1920. Her subsequent career up to the outbreak of World War II was similar to that of her sister, the Newhaven; her promenade decks being enclosed in the winter of 1929/30 and the fitting of oil-fired boilers with a single large funnel in 1932.

Taken over by the Germans in 1940 she survived the war but, like the Newhaven, her refitting as a passenger ferry was considered too costly and she was scrapped in 1949. 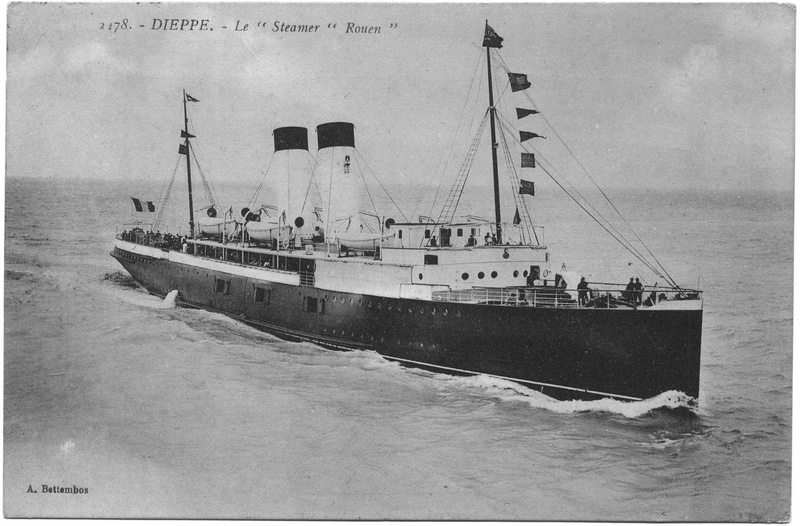 The Rouen arriving at Dieppe early in her career. Although postmarked 1917 the absence of radio aerials dates this photo to before WW I.
0131 - An A.Battenbos card postmarked 1917. 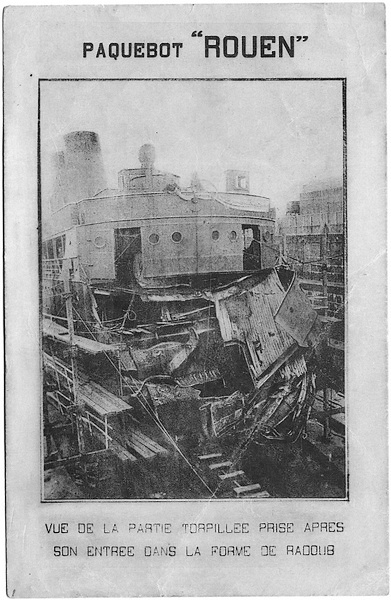 A curious subject for a postcard at any time let alone during a war: The Rouen dry docked at Cherbourg after being torpedoed. After being made seaworthy she was towed to Le Havre where a new bow section was fitted.
0402 - An unidentified and untravelled card. 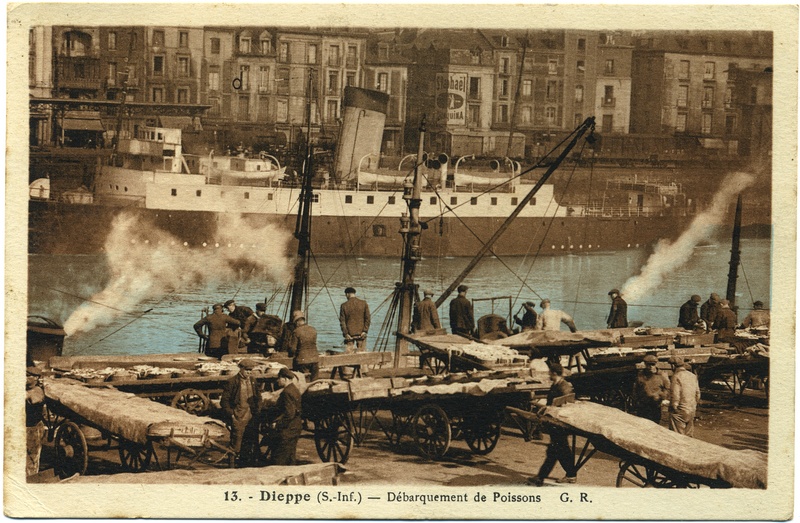 Discharging fish at Dieppe with, in the background, a glimpse of the rarely pictured profile of Rouen in her final form with oil fired boilers and a single large funnel.
0453 - A selectively tinted A G. Réant card. Although postmarked 1946 this picture would have been taken before WW II.
«  Previous ship     Next ship »