With the advantages of the steam turbine having been clearly demonstrated by the LBSCR's Brighton and Dieppe this form of propulsion was specified for the ships built to replace the Tamise, Manche and France. The Newhaven was built by the Forges et Chantiers de la Mediteranee, Le Havre in 1911.

At the outbreak of World War 1 the Newhaven was requisitioned by the French navy for use as an auxiliary cruiser before being transferred to the British flag for use as a hospital ship. Recovered by her owners in 1919 she was, along with her sister the Rouen, the mainstay of the French side of the Newhaven-Dieppe service during the 1920's and 30's.

In august 1924 the Newhaven ran aground at night in thick fog under the cliffs at Berneval, about 5 miles east of Dieppe. The following morning, at low tide, the passengers descended to the beach by rope ladder and finished their journey to Dieppe in hastily hired buses! She was re-floated 9 days later, fortunately without serious damage and was quickly put back into service.

The Newhaven was taken over by the Germans in 1940 and used as a troop transport in the Baltic during World War II. Recovered in 1945, her refitting as a passenger vessel was considered too costly and she was sold for scrap in 1949. 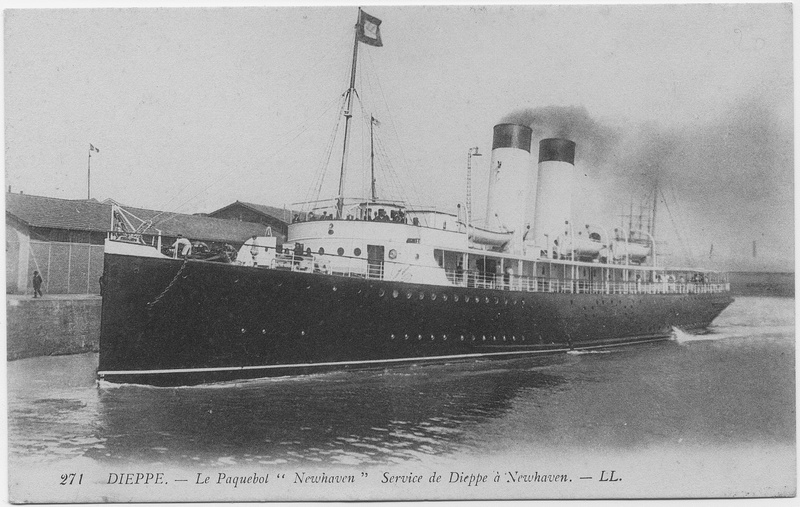 Newhaven as built; later her funnels would be shortened, her masts would be heightened with the installation of W/T and a raised bridge and wheelhouse added.
0119 - An untravelled Levy et fils card. 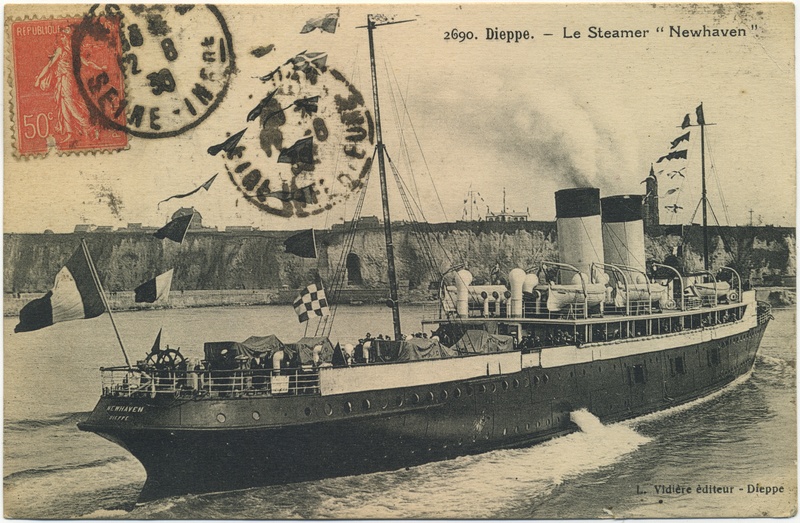 Newhaven arriving at Dieppe. Note the motor cars under tarpaulins. Cars were shackled to wooden skids which were then craned aboard and fixed to specially strengthened sections of the promenade deck each side of the after hold hatchway. Eight vehicles of up to 2,500 kg each could be carried.
0116 - An Editions L.Vidière card no.2690 postmarked 1930. 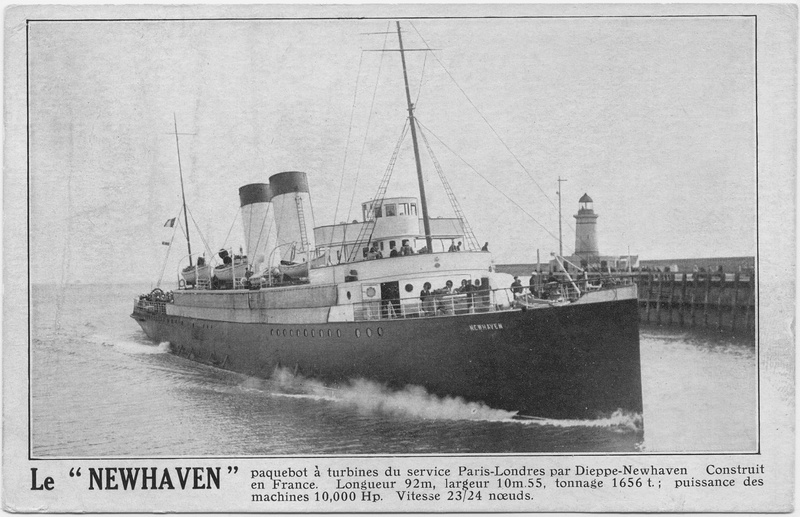 Newhaven arriving at... Newhaven! The additional raised bridge and wheelhouse can be clearly seen in this view.
0121 - An unidentified card; very probably an official company release. 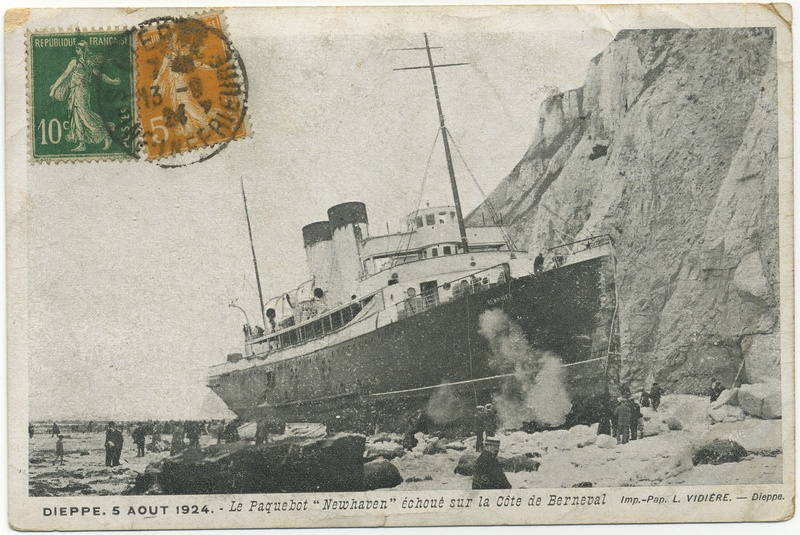 A photo of Newhaven taken from almost exactly the same angle as that of the previous card but not at all in the same situation! Here she is aground at Berneval near to Dieppe.
0122 - A L Vidière card postmarked 1924.
«  Previous ship     Next ship »