Built for the Compagnie des Chemins de Fer de l'Ouest by the Forges et Chantiers de la Méditerranée at Le Havre 3 years after her sister the Tamise in 1897, the Manche was half a knot faster, allowing her to cross from Newhaven to Dieppe in just under 3 hours if pushed hard. Laid up in 1912 after the introduction of the turbine steamer Rouen, she was sold to the Bordeaux Chamber of Commerce in 1914 for use as a ferry on the Gironde and renamed Verdon. before being scrapped in 1919.

Requisitioned in 1915, she served as a headquarters ship to a flotilla of mine sweepers during the Dardanelles campaign. Released by the French Navy in 1919 she was scrapped in 1920. 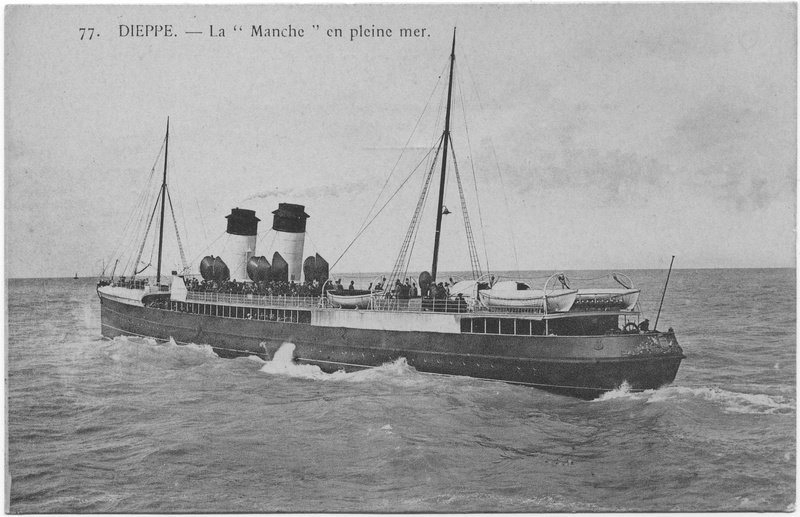 Manche setting out from Dieppe for Newhaven.
0035 - An untravelled MCFL card. 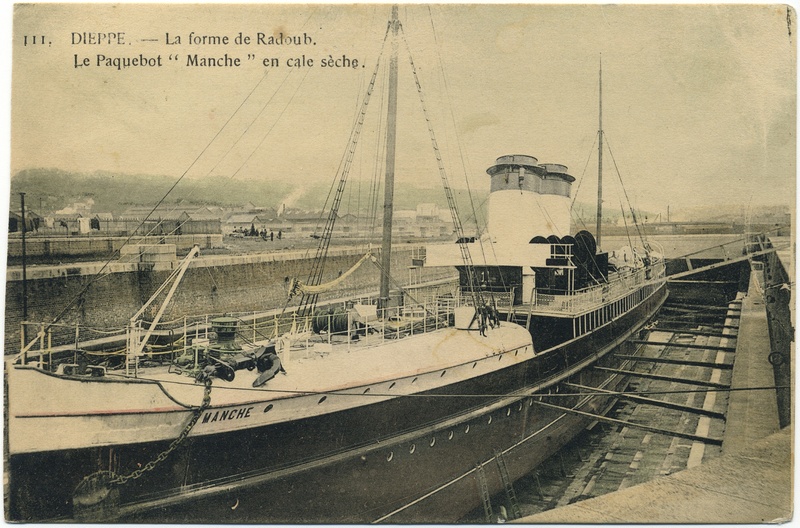 Manche dry docked at Dieppe. The limited space on her turtle-backed fo'c'sle would have made working conditions difficult and dangerous for her crew in all but the calmest of seas.
0042 - An untravelled MCFL card.
«  Previous ship     Next ship »