Launched in 1899, the France was the last of the series of 4 ships built by the Forges et Chantiers de la Méditerranée at Le Havre for l'Ouest. She was also the most distinctive. The ventilators clustered around the funnels of her sisters were replaced by air louvres in a semi-circular structure at the base of each funnel. This and her resolutely vertical masts and funnels gave her a stark and unmistakable silhouette.

On March 1st. 1900 as the France was preparing to leave Dieppe a copper steam transfer pipe ruptured filling her boiler room with scalding vapeur. Six stokers were killed instantly and 4 others injured. During a four month refit her copper tubing, judged to be inadequate for the pressures being generated, was replaced by steel. In 1905 her superstructure was extended forward to join up with her foredeck and a new wheelhouse and bridge was added above her existing wheelhouse.

During the First World War the France was chartered to the Admiralty for use as a troop transport. She returned briefly to the Newhaven to Dieppe service in 1919 before being sold to Argentina in 1920 where she was used on the Rio de la Plata as a ferry between Argentina and Uruguay. 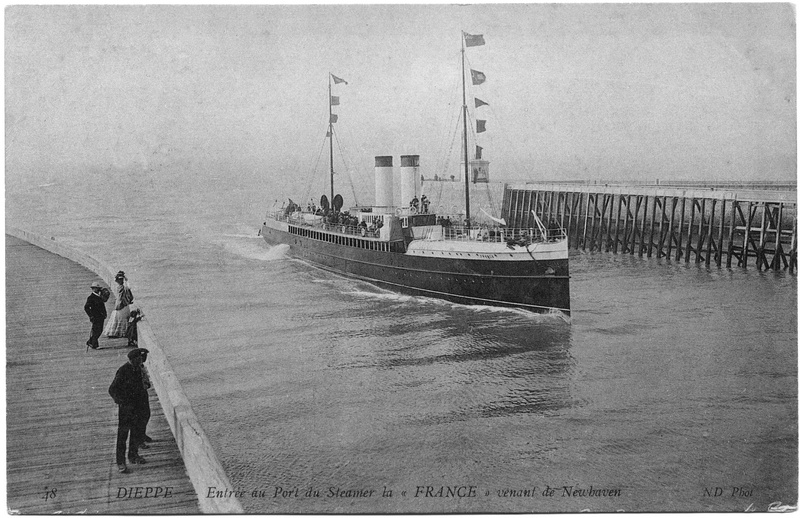 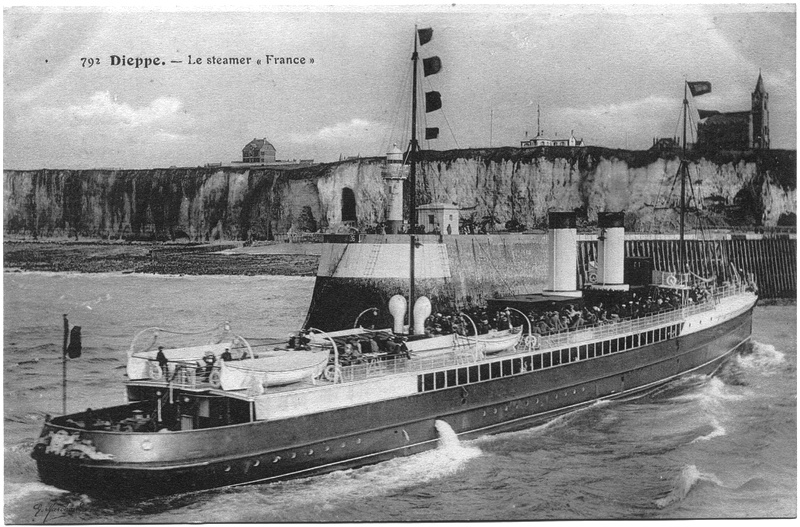 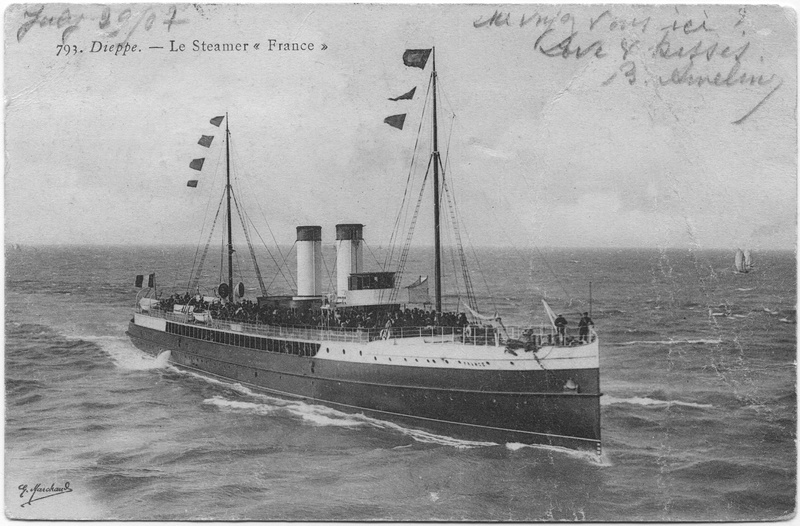 France arriving at Dieppe. The extension of her superstructure forward to the fo'c'sle in 1905 was clearly appreciated by the passengers!
0061 - A G. Marchand card postmarked 1907.
«  Previous ship     Next ship »