Ordered from William Denny & Brothers, Dumbarton by the Southern Railway prior to nationalisation to replace her namesake lost during World War II, the Maid of Orleans was delivered to the British Transport Commission in 1949. Placed on the Folkestone - Boulogne service alongside the Canterbury and later St. Patrick, she remained on this run, except for occasional replacement duties, for all but the last summer of her 26 year service life, when she was transferred to the Dover - Calais route.

After being laid up for a time at Newhaven, the Maid of Orleans was sold to a Spanish ship-breaker for scrap in 1975. 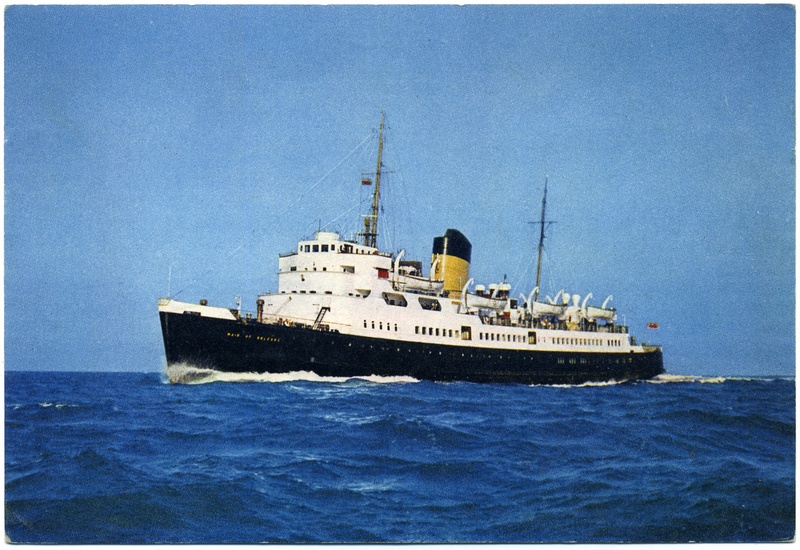 A delightful picture of the Maid of Orleans showing her heightened funnel with it's "fireman's helmet" smut arrester top.
0439 - An untravelled J. Arthur Dixon Card. Photograph by Beken & Son, Cowes. 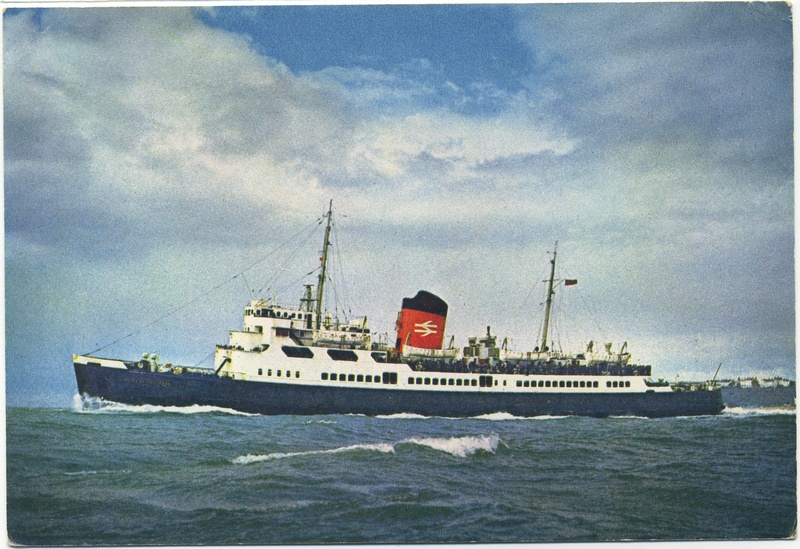