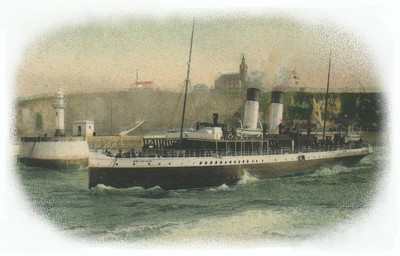 Welcome to Channel Packets. This site is intended record the history of English Channel Ferries illustrated by postcards.

The sharp eyed visitor might notice that one or two ships aren’t mentioned. There is nothing unusual in this - Channel Packets is a new site and is very much a work in progress. For the moment the details of many of the ships featured here are sketchy and others are not yet illustrated. Many aspects of a fascinating history are not yet described but in time things will improve!

The ships featured on these pages are organised, more or less, by their operating company. Wherever possible, cards have been selected to represent the changes in appearance which many ships underwent during their careers. In the index, where a ship is, or was, owned or operated by more than one company the page links point to the first operator. Likewise, where a ship has or had more than one name all links lead to the first named ship.